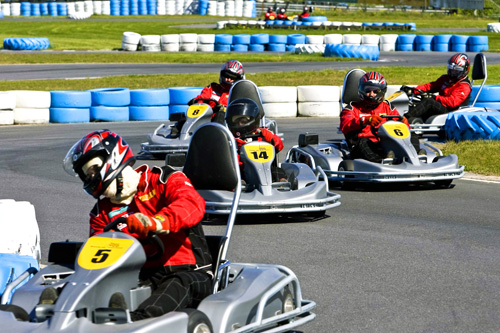 A formula car is a form pr. definition a single-seater racing car with the detached wheels. Formula Basic is built up with a stiff tube-frame chassis. From the main overturn hoop and forward the car is in principle a Formula Ford. Unlike many other formula cars the motor and gear-box is not part of the vehicle’s load-bearing structure, but is mounted in a frame behind. The engine and transmission comes from a regular car and sitting a cross behind the driver.

The engine in Formula Basic is a Ford 1.6 litre CVH. This engine is available in various editions and for now, all engines that were initially provided with carburettor are accepted. The engine most commonly used has the marking 86 SM 6090. This engine is set partly in Ford Escort from 1986. These vehicles are phased out quickly so we encouraged everyone to take care of these engines, or contact us with tips about such cars that are on the way to be disposed off.